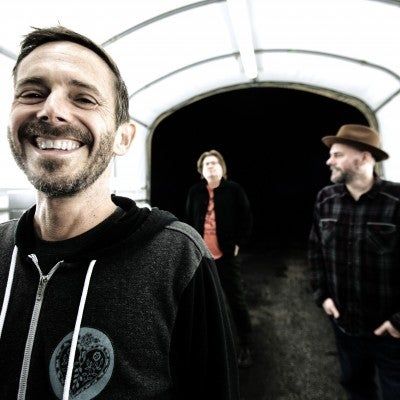 Ticket Price: $55 advanced / $60 day of show / $100 reserved loft seating (loft seating is available over the phone or in person at our box office)


PLEASE NOTE: We reserve the right to change the in-person elements of this VIP package to virtual due to the ongoing COVID-19 pandemic. Any and all package elements may be made virtual at any time to preserve the safety and health of attendees as well as the artist.

THIS IS THE THURSDAY SHOW.

Celebrating 30 years as a band, Toad the Wet Sprocket is still making music and touring with the same spirit of unwavering independence that started it all over three decades ago.

The band is thankful for the continued help and enthusiastic support of their fans, which helped spur the release of All You Want and also serves as inspiration for the band to tour and play live. They also continue to support their most recent releases, New Constellation (2013) and The Architect of Ruin EP (2015). Toad the Wet Sprocket share in the kind of musical chemistry that can only come from meeting in high school and writing, recording and touring on albums over the course time. After Bread & Circus, they followed with Pale in 1990, fear in ’91, Dulcinea in 1994, and Coil in 1997, as well as some compilations along the way. While most will still feel the comforting familiarity of the Billboard-charting hits, “Walk on the Ocean”, “All I Want”, “Something’s Always Wrong”, and “Fall Down”, fans will also be well familiar with tracks with lyrics that resonate for so many life milestones like “The Moment”, “I Will Not Take These Things for Granted” and so many more.

“I’m claiming my seat at the table. I’ve earned it.” Garrison Starr has reconciled the pain of her past, wrestled shame and self-doubt into submission, and stands in her powerfully-bared truth with her new album, Girl I Used To Be. After two milestone-laden decades in music (GRAMMY-nominated album, sync placements on massive TV hits including “Grey’s Anatomy” and “Pretty Little Liars,” touring with Patty Griffin, Melissa Etheridge and more), Garrison, hailed as “Lucinda Williams for Gen X’ers” by NPR, quietly put her “artist self” on the shelf. Having been been kicked out of the Evangelical church of her youth for being gay, she retreated into songwriting — exhausted, hurt, and angry. Processing pain with her pen, Garrison faced down the hell she paid growing up in Christian fundamentalism which only saw her “sin” — trauma she tackles on the album’s tone-setting first track, “The Devil In Me”. Lauded by MSNBC for her “gorgeous, full, rough, passionate voice that can be ultimately pensive, intimate, hurt, consoling, libidinous, or scornful — sometimes during the same verse,” Garrison reconnected with her a part of herself she’d been missing “for a long, long time” while recording Girl I Used To Be. “This album is an exploration of self-love, forgiveness, and self-discovery,” she says. “There is a vulnerability in these songs and the performances that I love. The songs were recorded and performed live, with two old mics — one on the guitar and one on my voice. No click, just me and the old Martin I was playing, or the old Gibson. They were both such sweet and patient old vessels.” Adding, “This record feels like me. As I’ve always been. Right here all along.”