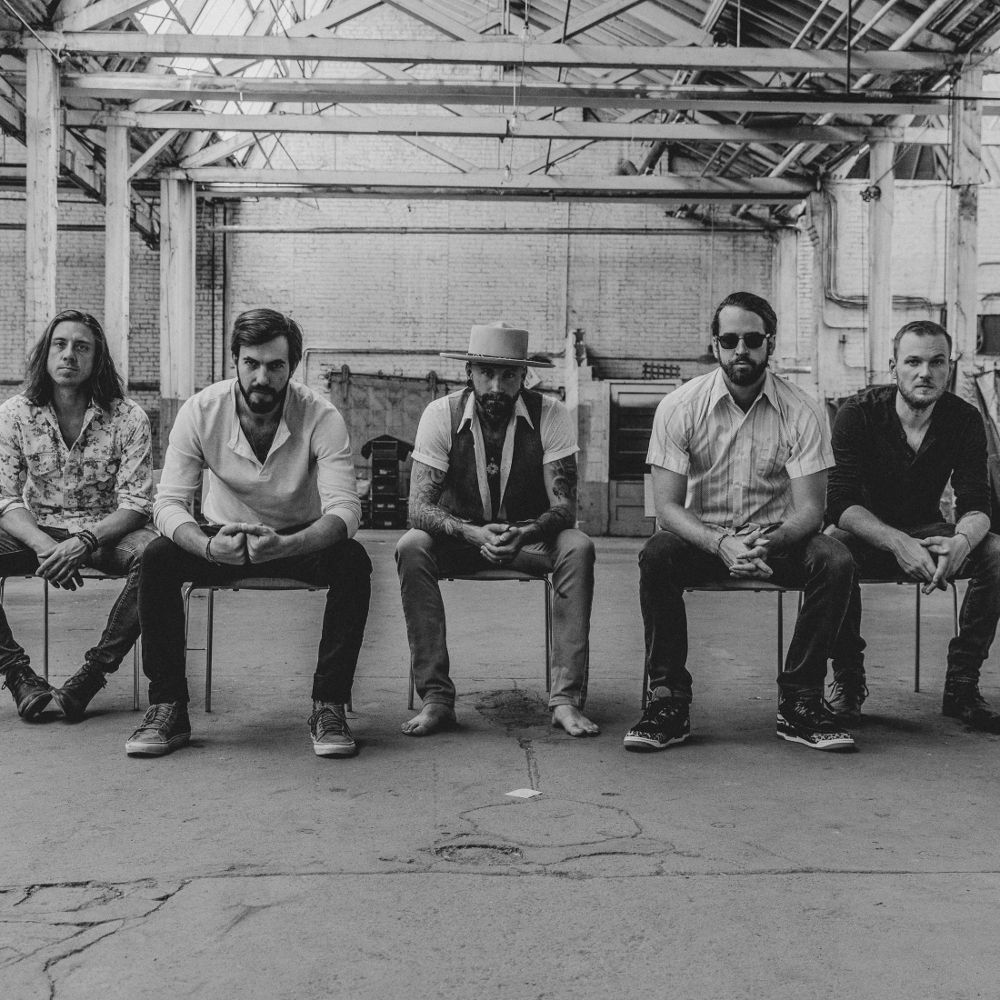 Ticket Price: $20 advanced / $23 day of show / $35 reserved loft seating (available over the phone or in person at out box office) / $75 Satsang VIP Preshow (available online only)

“Montana isn’t just where I live,” says Satsang’s Drew McManus. “It’s my heart, my soul. Along with my family, it’s my everything.”

It’s little wonder, then, that the state played such a pivotal role in inspiring ‘All Right Now,’ Satsang’s extraordinary new album and debut release for venerated indie label Side One Dummy. Written and recorded during an extended hiatus from the road, the record finds McManus reconnecting with his western roots and exploring a whole new palette of sounds and textures, drawing on classic country and modern Americana to forge a joyful, rustic collection all about letting go and living in the moment. McManus produced the album himself, and while the songs here are certainly honest and deeply personal, they’re written in a spiritual language that taps into something far more universal, something inherent in the human condition that binds us as brothers and sisters on a shared journey to find ourselves and our place in this world. The performances and arrangements are broad and spacious to match, reflecting the wide-open fields and soaring mountains that surrounded the band during the whirlwind recording process, and the result is a lush, organic collection fueled by acoustic guitars, fiddle, and pedal steel, a warm, inviting record that hints at everything from Uncle Tupelo and The Jayhawks to Gregory Alan Isakov and The Head and the Heart as it meditates on the power—and the pull—of home.

“I’ve been on the road for the last five or six years straight,” says McManus, “so being back in Montana for a whole year was a big change. Having that kind of uninterrupted time at home helped me fall back in love with songwriting in a whole new way.”

Though McManus was born in Montana, he actually spent much of his formative years in Des Moines, IA. His childhood was troubled, to say the least, marked by physical abuse at home and a nose for trouble that surrounded him. Music offered an escape, though, and McManus found solace in the punk rock and hip-hop he discovered through his love of skateboarding. Brash and aggressive, the songs were a far cry from the country tunes his mother played on endless loop around the house.

“She loved the old stuff like Buck Rogers and Hank Williams,” McManus recalls, “but she was really into that mid-to-late-nineties sound, guys like Garth Brooks and Randy Travis and Travis Tritt. I didn’t get it at the time, but she always used to tell me, ‘Someday, when you’re older, you’ll come back to this music.’”

Desperate to escape his surroundings and convinced that he’d wind up in jail like his brother if he stayed, McManus left home as a teenager and moved in with his older sister in Chicago. His first few years there played out like one long party, but as time wore on, it became apparent that the party was spiraling out of control.

“It was clear to everyone else around me that I was an alcoholic and a drug addict,” McManus explains. “Eventually, my friends just sat me down and said, ‘We think you’re going to die if you keep this up.’”

So McManus packed his bags and headed back to Montana, where his biological father worked at a rehab clinic. The road to recovery was a long and arduous one, but McManus eventually got clean and sober, fell in love, and married the woman of his dreams. For the first time in a long time, life was good, and yet it still felt like something was missing, like some fundamental building block of his personality was being neglected. It wasn’t until McManus found himself on a backpacking trek in the Himalayas that the final piece of the puzzle fell into place.

“I realized on that trip that you only get one shot at life,” says McManus, “and if you’ve got a chance to utilize your talents and follow your dreams, then you’ve got to go for it. It gave me this renewed sense of purpose, and within a week of getting back home, I started playing shows and launched the band.”

McManus filled notebook after notebook on that Himalayan journey, and the material would eventually go on to form the basis of Satsang’s breakout 2016 debut, ‘The Story of You.’ Steeped in reggae, hip-hop, and world music, the album was an uplifting affirmation that connected with fans around the world, racking up roughly 15 millions streams on Spotify alone. McManus and his bandmates returned a year later with their similarly successful sophomore effort, ‘Pyramid(s),’ which hit #1 on the Billboard Reggae Chart and #2 on iTunes, and pushed their sound even further with 2019’s ‘Kulture,’ which incorporated a wider swath of influences from Motown to Tom Petty. Relentless road warriors, the group built a devoted following one night at a time, sharing stages with the likes of Michael Franti & Spearhead and Nahko and Medicine for the People as they worked their way up from bars and clubs to massive festivals.

“Summer’s always been our busiest touring time,” says McManus, “but when COVID hit, we had no choice but to scrap everything and stay at home. I got back into fishing and rafting and hiking, and I started going back to the stuff I grew up hearing, that country music that my mom loved so much. I’d listen to it on long drives, and I started realizing that those songs are some of the most amazing things ever written.

The more time he spent at home, the more McManus’ own writing began to shift, and soon found himself penning raw, ragged tracks that walked the line between folk and country and rock ‘n’ roll. When it came time to record, McManus rented out a barn in the bucolic Paradise Valley, converting it into a studio space so that his far-flung bandmates—bassist Karl Roth, drummer Ben Teters, and guitarist Stefan Kallander—could experience life in Montana for themselves and draw from the same well of inspiration.

“I told them that I wanted the record to play like an audio map of this place that I love so much,” he explains. “I wanted to make a soundscape for Montana.”

Album opener “From And I Go” sets the scene perfectly, introducing us to Big Sky Country with a waltzing, heartfelt ode to home. McManus wrote the song in a spontaneous fit of inspiration while hiking with his family, and, like much of the record, it overflows with joy and wonder, a testament to the power of sitting still and appreciating the people and the places that make us who we are. The breezy title track, for instance, finds that family is the calm in the eye of the storm, while the bluegrass-meets-Afrobeat “Malachi” embraces the overwhelming emotional journey of parenthood, and the playful “I’m The One” celebrates McManus’ and his wife’s unlikely love story.

“When we met, my wife had three kids and was working on her doctorate after getting her masters,” McManus recalls. “I’d just gotten out of rehab and was working at a coffeeshop. It didn’t make sense to a lot of people, but there was just no stopping it.”

Riding life’s currents wherever they may lead is a frequent theme on the album. Sometimes the journey is beautiful, as on the jaunty “Love,” which bursts with gratitude; sometimes it’s painful, as on the bittersweet “Answer Was Yes,” which finds McManus grappling with the tragic passing of his sister; sometimes it’s mysterious, as on the uplifting “This Place,” which meditates on spirituality and life after death with a cameo from Trevor Hall; and sometimes it’s whatever we make of it, as on the G. Love-assisted “Back Around,” which leans into the ups and downs of life on the road. Perhaps no song, though, encapsulates McManus’ philosophy better than album closer “To Last,” which makes peace with the past in order to make the most of the future.

“When you’re dealt a tough hand, you can either get bitter or you can get better,” says McManus. “You can blame your upbringing for everything and complain about what happened to you, or you can choose to believe that everything happened for you, to step into your power and become the person you want to be.”

In Montana, that’s precisely what McManus has done, turning his dreams into reality in a place that, some days, feels more like Heaven than Earth.

“My wife, my kids, Montana, they’re all one thing to me now,” says McManus. “They’re home.”